SP Links February 22 — cash transfers and child survival in Bolivia, the politics of conditions in Turkey and Brazil, the cost of meeting the SGDs with cash in Asia, global practices with gender-sensitivity… 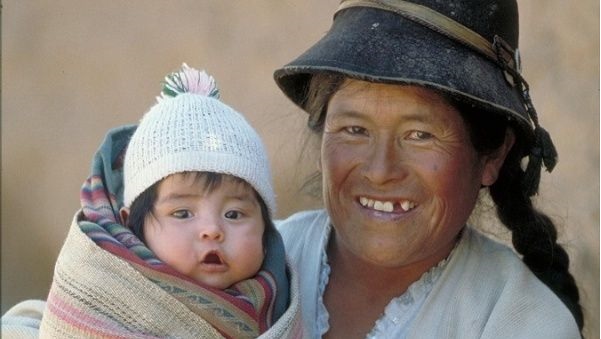 Can small transfers make a big difference? Celhay et al study the effects of the Bono Juana Azurduy, a conditional cash transfer (CCT) providing limited transfers equivalent to 1% of monthly household consumption, on child survival in Bolivia. They found that the intervention increased the survival rates of birth cohorts exposed to the program by 3.8% to 14.7%. They also show that the CCT bolsters higher rates of early antenatal care and skilled birth attendance for women and a higher number of growth monitoring check-ups and immunization for children. Therefore, the article deems that, at $746 per DALY averted, the intervention is highly cost-effective.

But do conditions in CCTs always enhance political support? Based on data from Brazil and Turkey, a JDS article by Zucco et al shows that conditional transfers are only marginally more popular than similar unconditional transfers in nationally representative samples. Yet this difference is substantially larger among the better-off and among those primed to think of themselves “as different from beneficiaries”. The authors conclude that “… findings imply that conditionalities per se are not as strong a determinant of support for transfers as the literature suggests, but that they can still be helpful in building support for transfers among subsets of the population that are least likely to support them”.

Moving to Asia, a new ADB volume edited by Sri Wening Handayani estimates the cost of reaching several social protection-related SDG targets (7 in total) in the region. The social assistance chapter by Gassmann (p.151) shows that the costs of attaining SDG 1 with cash transfers averages between 0.9 and 5.9% of GDP pending on scenarios (see also Annex 3, Table A3.17). Her chapter also makes the following policy recommendations: “(i) use smart targeting, excluding wealthy households; (ii) sequence inclusion of additional groups over time; (iii) raise eligibility thresholds of poverty-targeting to reduce exclusion errors; (iv) consolidate existing social assistance programs and subsidies; (v) use social registries to strengthen the administration, monitoring, and evaluation of social assistance programs; (vi) strengthen social insurance schemes and align eligibility rules and benefit levels with social assistance programs; and (vii) improve the collection of accurate and comparable data on poverty and social assistance within and across countries to inform the policy dialogue with evidence” (p.157). I also liked Hagemejer’s discussion on the pros and cons of making social insurance universal (p.188), and trade-offs on provisions in box 7.1 Bonus: Tebaldi has a one-pager on the IPC Asia report reviewed last week’s links.

More on the region. A set of newspaper articles reflect on key issues affecting India’s social protection system. Check out the pieces by Ahmad on the importance of system-wide issues, Rutkowski on social protection and jobs, and Alderman et al on food subsidies. Zheng et al have a fascinating article on China’s New Rural Pension Scheme (NRPS) impact on health. Introduced in 2009, after three years 460 million rural residents were participating in the NRPS. The NRPS has a defined benefit portion, a non-contributory social pension for eligible elderly. In fact, the personal NRPS account is made up of two components: a social pension account and an individual contributory pension account. Participants must have contributed at least 100 to 500 RMB yuan (1 yuan = $0.16) annually for 15 years to receive the non-contributory pension and monthly payments from the individual account. The authors show the NRPS significantly impacts the health status of children up to 15 years of age. Effects are larger for children who are boys, ‘left behind’, six to 10 years of age, and in poor health.

Turning to jobs, a working paper by Acar et al presents quasi-experimental evidence from Turkey on the effects of the minimum wage. This is found to found to increase firms’ exit rates from the formal economy by 12%, accounting for up to one-third of the total formal employment destruction that occurred between 2015-16. In a VoxDev post, Campos et al discuss how a cheap intervention increased firm registration in Malawi, but failed to impact tax registration.

Ibok et al present a new Vulnerability to Food Insecurity Index (VFII) and compare it with other traditional food security indicators, such as per capita calorie consumption (PCC), food consumption score (FCS) and the coping strategy index (CPI) in southern Nigeria. Among the findings, the VFII reveals how dietary diversity or calorie consumption indicators can exclude some households who are vulnerable to food insecurity.

Since I mentioned food and agriculture, a review by Daoud et al examines the IMF engagement in the sector’s reforms. They argue that the IMF’s primary reason for focusing on food and agriculture is to enforce fiscal discipline by removing subsidies, yet the analysis found that only 8% of such subsidies are fully abolished in practice.

Let’s turn to technology. A study by Wantchekon and Riaz explores the relationship between mobile technology and food access. Using Afrobarometer surveys and data on 2G network coverage, they show that connectivity can play a powerful role in shaping food outcomes even when controlling for income constraints or physical isolation. Leifmans has a paper presenting three scenarios—leapfrog, lock-in, and lopsided—that describe an illustrative set of technological states. For each scenario, it presents descriptive levels of technology achievement and market outcomes for the energy, transport, and water sectors. WFP’s partnership with Palantir to look for “anomalies” in food distribution has been received with mixed feelings (h/t Jonathan Morduch).

New great book coming out soon! Barrett, Carter, and Chavas are the editors of “The Economics of Poverty Traps”. Here is the ungated introductory chapter and chapter 6 on social protection.

Finally, two great events coming up: a call for papers for the ESID conference on politics, development and state capacity in September (deadline March 15); IPA and the Global Poverty Research Lab at Northwestern University are holding the 4th Annual Researcher Gathering on Financial Inclusion and Social Protection (April 26-27, 2019 at Evanston, Illinois), you can RSVP here (h/t Laura Rawlings).