SP Links March 29 – cash (and in-kind) transfers in Kenya, public works and cash in India, CCTs in the US and Mexico, labor markets and refugees in Jordan… 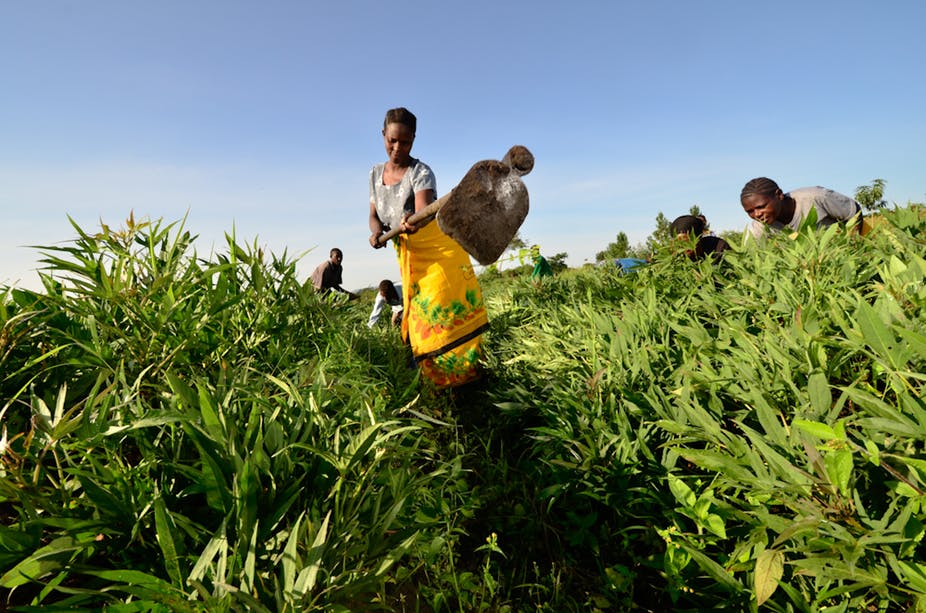 Does it make a difference receiving the preferred type of transfer? In an experimental trial in Kenya, recipients were asked their preference for cash or in-kind programs, such as poultry and agricultural inputs. Subsequently, they were randomly assigned to receive one or the other. An article by Shapiro shows that individuals who received the intervention they valued the most didn’t present major differences in consumption, food security, and asset holdings compared to others. However, cash transfers increased people’s sense of feeling trusted and of autonomy (by 0.13 standard deviations), see table 7 (h/t Amber Peterman).

Can an early childhood development program affect future schooling attainment? Nandi et al evaluate the effect of India’s Integrated Child Development Services (ICDS), a national program of supplementary nutrition and health services, on schooling. They found that (non-migrant) working-age adults who were exposed to an ICDS center during the first 3 years of life completed 0.1–0.3 more grades of schooling than those who were not exposed. The effect is stronger among women than men.

Speaking of schooling, are there conditional cash transfers in the United States? We all studied closely the past Opportunity NYC program and the subsequent scheme in Memphis. But wasn’t aware that a trial was ongoing in my backyard! A program targeting schools in Washington DC (and Houston) showed that treated students were 3% more likely to attend school, committed 28% fewer behavioral offences, and were 13.5% more likely to report completing most or all of their homework relative to control students.

By the way, Mexico’s Prospera program may have stalled operationally, but research hasn’t: a technical EDCC article by Figueroa and van de Gaer shows that the program reduced inequality of opportunity among children – that is, it is responsible for about 15% to 40% of the increase in the Human Opportunity Index (see here for more info on the indicator).

From LAC to Asia: what’s the “… hottest trend in agricultural policy?” – cash transfers, of course.  The first of a 3-part reportage reviews the experience of states such as Madhya Pradesh and Haryana, which paid farmers the difference between the market price and the centrally-declared minimum support prices. Telangana, instead, took another approach, launching the Rythu Bandhu scheme which gives farmers (agricultural landholders) a fixed amount of cash per acre per agricultural season. Check out the reportage’s part 2 and part 3.

Speaking of India, job guarantee programs are a form of public works open, in theory, to anyone willing to work at the minimum wage. In practice, jobs are not always available to all those that seek them. In India, an NBER paper by Ravallion investigates if and how much of such jobs ‘rationing’ occurs under the NREGA scheme. The share of rural households rationed ranges from about 10% in the least poor states to around one-third in the poorest ones. Why? Two reasons: local administrative costs and local corruption.

From public works to wage subsidies: a WIDER paper by Ebrahim and Pirtilla examines the incidence and employment impacts of the Employment Tax Incentive, a South African wage subsidy programs targeted at low-wage youth. Results show limited impacts on employment rate of eligible workers. The number of jobs in the region where the subsidy is the greatest has increased, albeit not statistically significant, likely due to low take-up rates.

What’s new on jobs more widely? A working paper by Acemoglu and Restrepo argues that while automation will invariably reduce labor demand, these effects are counterbalanced by the creation of new tasks in which labor has a comparative advantage – a “reinstatement effect” (see framework in figure 1, p.26). Bonus: a second paper by the same authors applies such framework in the specific issues surrounding AI.

More on labor markets, but in displacement settings: does the large influx of Syrian refugees affect negatively local labor markets in Jordan? Not really. A new JDE paper by Fallah et al finds that Jordanians living in areas with a high concentration of refugees have had no worse labor market outcomes than Jordanians with less exposure to the refugee influx.

Let’s continue on fragility: a Disasters article Hilhorst et al examines a resilience program, Partners for Resilience, implemented by several international NGOs in 6 countries (Ethiopia, Nicaragua, Guatemala, Indonesia, Kenya, and the Philippines). Their qualitative research shows that while PfR placed communities’ views at the center, rural community members expressed a different preference for addressing their resilience, and local national partners felt that the program was organized in a top‐down fashion by the national or international headquarters.

From rural to urban areas! UNICEF has a nice workshop report from an event that brought together mayors, governors and representatives of various urban departments in Thailand to discuss child-related policies in cities (h/t Andrea Rossi).

An assortment of materials: a thought-provoking DPR article by Rogers et al argues that resettlement to high‐density sites in small towns and peri‐urban areas is become central to China’s domestic approach to poverty. Hossain et al study the effectiveness of different indicators and methods in predicting calorie-based food security among poor households and communities in rural Bangladesh (among the most effective was the dietary diversity score index). Looking for a tool to assess capacities and costs of civil registration and vital statistics? The Data for Health initiative at the University of Melbourne has just issued one (h/t Jonathan Marskell)

Let’s conclude with a super compilation: Dave Evans provides micro-summaries of nearly 300 papers from the annual conference on African economics – lots of social protection papers, all reviewed in past links, alongside other development themes here condensed in headline messages.