SP Links Oct 25 – New data platform on social assistance in Africa; nutrition-sensitive social protection globally and in Bangladesh; cash transfers and local markets in Iraq; the economics of urbanization; inputs subsidies in Mozambique; reframing migration; 10 years of research on gender and employment; the socio-economic effects of unstable work and unemployment; and more… 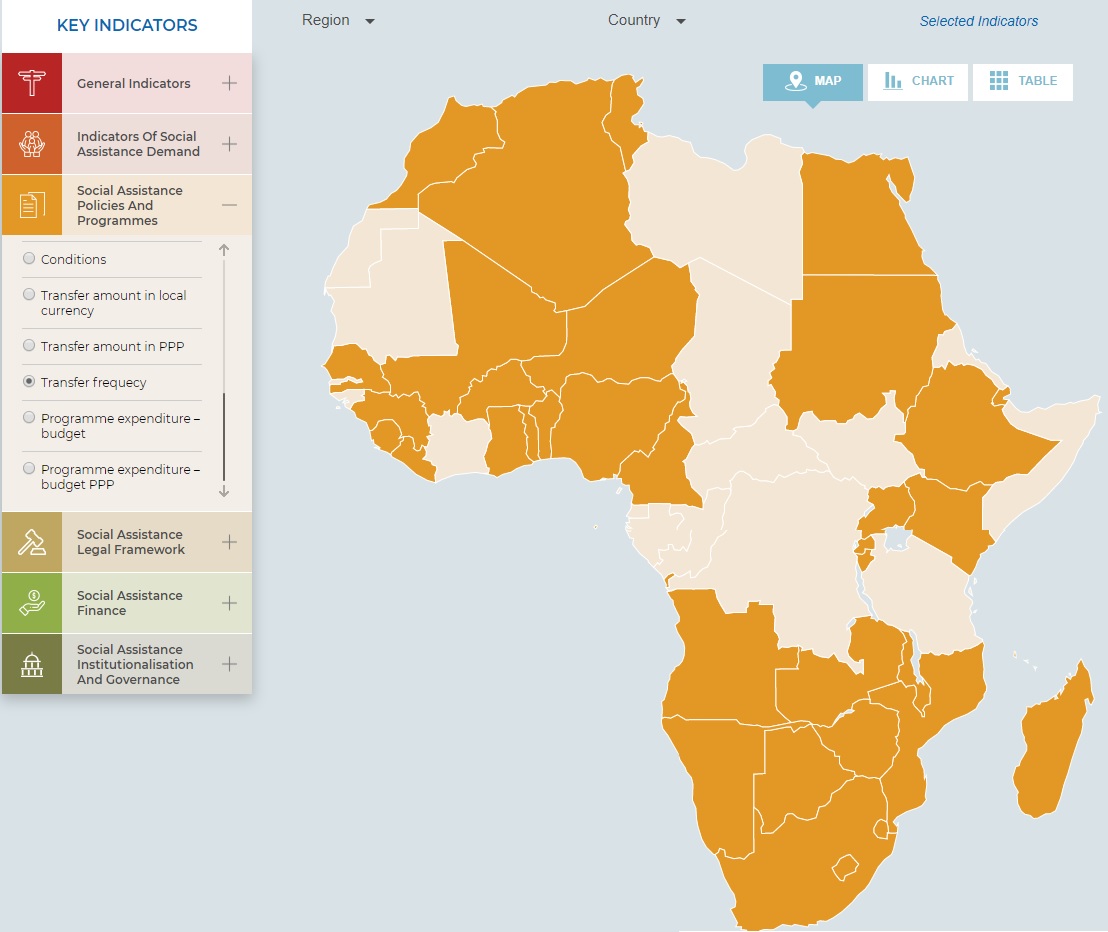 The African Union and UNDP released a new report on the state of social assistance in Africa! While I particularly enjoyed the discussion on how safety nets are evolving and their sub-regional variations (p.8-9), the report’s added-value may stem from an accompanying handy online data platform providing a snapshot of select indicators on program-level characteristics (e.g., targeting methods, payment frequency, amount, etc.), as well as national institutions, legislation and financing.

Another ‘state of’ flagship: UNICEF has an incredibly rich report on children, food and nutrition providing the latest stats and practices on nutrition-sensitive programming. Between 40-50% of children in South Asia and Eastern-Southern Africa are still “not growing well” (being stunted, wasted or overweight). And I was fascinated by the discussion on food deserts in urban areas (p.108), or the upward spiral in overweight trends (figure 1.6 and 1.7). Social protection features throughout, including as a core action point to scale-up nutrition (p.159) and in several spotlights (e.g., p.131).

A great trio of IFPRI discussion papers on nutrition and social protection in Bangladesh (some earlier shared in other formats): Roy et al estimate that cash and behavioral chance communication (BCC) led to more sustained impacts on intimate partner violence than food and BCC;  Ahmed et al show that adding BCC to cash or food transfers leads to larger impacts on both consumption and assets; and Ahmed et al discuss such results in light of reductions in illness and improved diets, including increased intake of animal source foods.

Speaking of nutrition, there is new evidence on taxing sugar-sweetened beverages: Cawley found that in 4 large US cities (Seattle, San Francisco, Oakland and Philadelphia), an increase in the beverage tax rate of 1 cent per ounce decreases household purchases of taxed beverages by 53 ounces per month or 12.2%. This equals to a reduction in individual consumption of 5 calories per person/day and eventual reduction in weight of 0.5 pounds (note: gains were concentrated in Philadelphia).

Bonus on cities: Bryan et al review the expanding body of economic research on urban areas in low and middle income countries, including the benefits of agglomeration and the negative externalities from congestion.

Turning to localized economic effects, a report by Oxfam et al assesses the impact of cash transfers on local markets in Iraq: in particular, they estimate that a short-term cash injection of $770,800 in Baiji and Rawa had (i) little effects on prices (only 10% of traders reported fluctuations during the program); (ii) 20-25% of traders recorded higher profits (most profits were driven by returnee inflows); and (iii) most of the cash ‘left the goods market’ since the primary expenditure item was medical assistance. Bonus on the Middle-East: Kidd makes the case for categorical benefits in Egypt for children, disabled people and the elderly for a cost of 1.8% of GDP.

Moving to agriculture, are input subsidies really that bad? In Mozambique, Carter et al show that receiving farmers increased maize yields by 66%, with gains persisting two years after the subsidy ended. Moreover, agricultural gains generated a 9.5% increase in living standards for these families.

People on the move: can a different framing change skeptical thinking about migration? Clemens and Ogden have a thoughtful piece arguing that migrant remittances aren’t windfall income, but rather a strategy for financial management in poor households – in other words, location is an asset, migration an investment. BTW: Lee et al examine the labor market consequences of an extensive campaign repatriating around 400,000 Mexicans in 1929-34. This reduced employment of native incumbent workers and resulted in their occupational downgrading.

What’s new on gender? Alonso et al examine how women’s unpaid work is largely explained by cultural norms, labor market features or lack of public services, infrastructure, and family-friendly policies matter. Unlocking these constraints could generate up to 4% of GDP! Also, Sivakumar and Sharma have a juicy compilation of 10 years of IGC’s research on female labor force participation. This includes summaries from 4 papers on social norms; 12 on human capital (see 2 papers on conditional cash transfers by de Walque and Valente/Dutta and Sen, p.6); 5 on empowerment; 2 on workplace conditions; and 5 on ongoing research.

Let’s look at what’s in the labor and skills corner (in collaboration with Indhira Santos and Michael Weber). Vignoli et al discuss the French version of the Decent Work Scale measuring life and work satisfaction, work-family conflict, meaningful work, and withdrawal intentions among 300 workers (a similar assessment was conducted in Italy by Di Fabio and Kenny). Based on data from 25 OECD countries, Filippetti and Guy find positive effects of unemployment protection on skills diversity and innovation, while negative impact on the same by employment protection.  Yuen and Wang evaluate the impact of the federal minimum wage hike (2007-2009) and the ongoing minimum wage increase in Seattle (2017-2021). They show while both hikes reduce aggregate output, they only generate small effects on submarket average and overall average wages.

Let me single out a couple of papers looking at work and social effects: Harknett and Schneider examine a key issue among the ‘working poor’, that is, the effects of work schedule instability on family and society. And a paper by Oumarou study reveals the socio-economic and psychological effects of unemployment in rural Niger.

And what about poverty and development more widely? Madden comments on poverty in Africa; the International Handbook of Poverty volume edited by Greve is out; Bena reflects on the dominance of English language, jargon and lack of time in development work; and watch Pritchett’s keynote to the ESID conference, ‘The difficult dynamics of deals and development: Transitions and decisions’.

Final fireworks: Ghatak lays out the limits and potential of RCTs; Baunach et al offer a critique of the Packard et al’s white paper on the future of social protection and work; and Kidd and Langhan call for connecting human rights law and payment services legislation.